a division of 9 Blade Productions LLC

Scotland is one of those places that has a magical and mystical quality about it that stays with you long after you have left it. Some of that feeling may be due to the remote and rugged terrain that defines much of its landscape and prevents extensive encroachment of people, buildings and the everyday busy-ness of life.

It is an all too rare gift to experience places that captivate you in such a way as to remove the mental noise in your life and allow you to be fully present in that moment.

As you view this gallery, I hope the images will transport you to these places where time stands still and it soothes your soul.
Read More 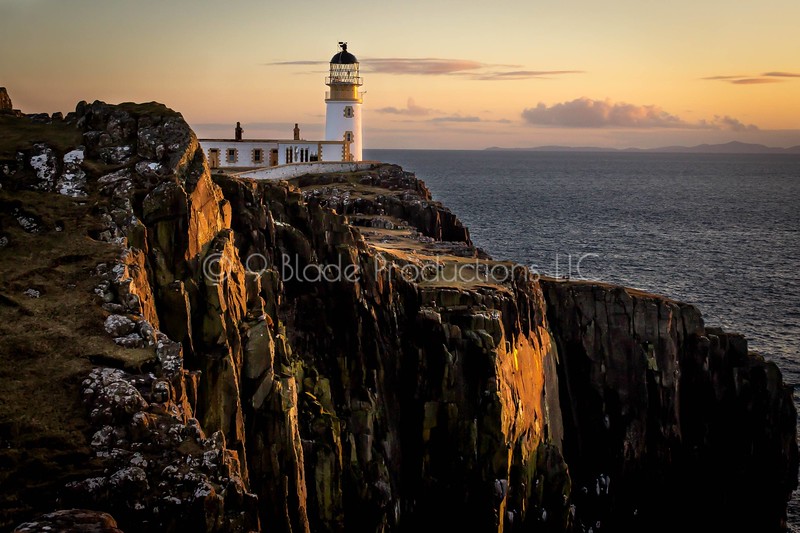 Light on the Lighthouse

A lot of people love lighthouses. They do have a romantic and enduring quality about them. Authors, poets and artists often use them to represent safety, guidance, strength, and solitude.

But for me, this lighthouse symbolizes perseverance.

It was a cold and rainy afternoon - isn’t that the start to most stories about Scotland? We had been out exploring Isle of Skye and were trying to get to the Neist Point Lighthouse before dusk.

It wasn’t easy. You know those videos of people driving on the side of a cliff with no guardrails..the kind where you hold your breath until the end? That’s pretty much what that last bumpy stretch of road was like before we arrived.

Little did we realize, we still had a bit of a hike to actually get to the lighthouse. There was a steep descending stone staircase to navigate which wasn’t difficult but required that you watch your footing closely. We followed a long path that lead uphill to a halfway point where we could see the lighthouse, the coastline and the sun getting ready to do it’s thing.

It had been a long day and I was tired. I almost gave in to being content with the halfway point but my husband said, "Come on, let’s keep going!" so we persevered.

I am so incredibly thankful that we continued on. We were rewarded with the most breathtaking views that we could not have experienced had we stopped half way. The warm glow of the sun was such a treat as we wandered around taking in all that this dramatic landscape had to offer.

Being content is a good way to go through life but when the timing is right, there can sometimes be something pretty spectacular on the other side of contentment that is worthy of your perseverance.

As we started the trek back before darkness set in, I captured this photo of the sun’s golden light shining on the lighthouse and the rocks.